A camera offers three different tools to control the exposure of an image, and they make up the "exposure triangle". Balancing these three controls determines the exposure of the image, and mastering this balancing act is a fundamental skill in photography. The goal of proper exposure is to use these controls to determine how light or dark an image is and ultimately capture the full range of tones and colors in front of your camera's lens. Too much exposure and you get areas of solid white (over-exposed), not enough exposure and you get large areas of black with no detail (under-exposed).

The three points that make up the exposure triangle are Shutter, Aperture, and ISO. Here is a brief description of each:

Shutter speed is indicated in seconds and fractions of seconds. Shutter speeds can range from as slow as 30 seconds or more, to 1/8000th of a second and faster. Every camera has different limitations for fastest and slowest shutter speeds, it just depends on your model. A typical shutter speed for snapshot type pictures is usually between 1/30th to 1/400th of a second, though you may choose drastically different speeds to compensate for lighting conditions or to create certain photographic effects.

The aperture is a mechanical fixture in the camera's lens, and works just like the iris in the human eye. Most people are familiar with the human eye and how it opens up your pupil to compensate in darkness, and closes down to let less light in when it is bright. The aperture has blades that work the same way, opening or closing a hole in the middle in order to let more or less light through the lens. A large aperture lets in a lot of light fast, and a small aperture only lets in a small amount of light. Sometimes you'll hear photographers talking about using their lens "wide open", and they just mean that they had the aperture opened up all the way.

The size of the aperture is determined by the f-stop setting. The aperture settings available differ from lens to lens, but a typical range would be from f2.8 to f22. The one thing that confuses many people about these numbers is that the larger numbers actually indicate a smaller opening in the aperture. A large aperture (or wide open lens) which lets a lot of light in might be f2.8, and f22 or even f 29 would be closed all the way down to a small opening that lets in only a little light.

Back in the day, you would choose film that had different sensitivity levels. You could purchase 100, 200, 400, etc., and these different films were more sensitive or less sensitive to light. What this basically controlled is the rate at which the film would absorb the light and record the image. Faster film allows a picture to be absorbed more quickly, although usually at the trade-off of less image quality.

Digital cameras have a control to simulate the different film speeds, and this is the ISO setting. ISO adjusts the sensitivity of the sensor to light, allowing it to absorb light faster or slower. This comes along with a catch unfortunately, and higher sensitivities generally degrade picture quality the same as film.

A typical range for ISO settings are ISO-100 to ISO-2000. Some cameras offer a lower setting than 100, and some newer SLRs claim ISO settings of 12,000 or more. Because of the quality issues at higher ISO settings, using the lowest possible setting is generally the best way to go. You usually only want to set ISO higher as a last resort in dark or low lighting situations.

Any of these three things at your control have the ability to lighten or darken the recording of the image. As an example, if you wanted an image to be brighter you could leave the shutter open longer, or you could open up the aperture more, or you could set ISO to be more sensitive absorbing the light faster. If you had an image that was over-exposed and you wanted it to be darker, you would do the opposite by speeding up the shutter or closing down the aperture. A change to any one of these three settings will change the exposure of the image thereby making it lighter or darker.

When balancing these three controls to get a proper exposure, one important thing to remember is that while aperture and shutter speed generally only affect artistic aspects of the image, adjusting ISO can affect the image quality. The lowest ISO setting generally offers the highest image quality, and setting the ISO higher than this will degrade the quality of the image. Because of this, you would usually want to choose the lowest ISO setting possible, and only increase it as your last option when necessary.

These are just the mechanics of exposure, the tools to control the brightness of your photograph. To actually determine what the ideal settings for shutter and aperture are will depend on your conditions and the type of picture you want to take. I'll be going over this in the next article "Exposure for Photographic Effect".

I hope these tips will help you to improve your own photography. Use the links to navigate forward, backward, or go to the "Main Menu". 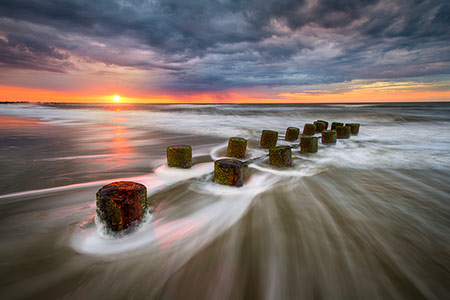 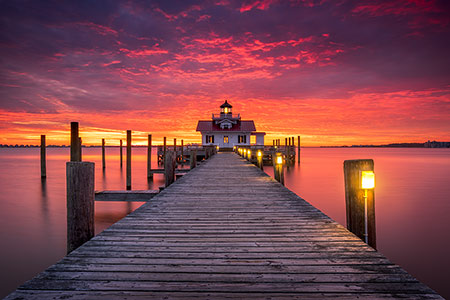