Amazing light filtering through the clouds and settling on the valley below as a passing storm breaks up over the iconic Looking Glass Rock along the Blue Ridge Parkway in western North Carolina. Looking Glass Rock is a solid granite pluton monolith which originally formed from a large bubble of magma deep under the earths surface, which was eventually lifted up from below during the creation of the mountains. As the mountains slowly erode away, these massive pluton monoliths are harder than the surrounding terrain and are therefore left exposed.

On this particular morning, this was supposed to just be a quick stop for a shot as I was passing by on my way to find better conditions. It had been raining fairly heavily under rather boring gray skies and my plan was to drive west to find the edge of the storm, which wasn't supposed to end until hours later, and hopefully find some sweet light to work with. Things didn't turn out that way, and thank goodness I stopped here to grab a quick shot before heading further down the road. Just minutes after stopping and starting to shoot, the sky started breaking open in places and raining down this beautiful light all over the valley in front of me. It was an extremely difficult scene to shoot as I had to stand on top of my truck to get this perspective over the brightly colored sassafras in the foreground, which meant shooting handheld, in somewhat dark conditions, with a need for an extremely deep depth of field forcing shutter speeds much slower than normal, while it rained all over my lens for pretty much every shot. Almost every frame had big water droplets somewhere, but the scene was so beautifully surreal that I knew I just had to shoot it. In the fifteen minutes or so I was there, the scene changed very rapidly from gray and boring to absolutely beautiful, and then straight to crystal clear blue skies hours ahead of schedule. I never did find another shot that day as the sky was brutally clear and sunny immediately after shooting this scene. No matter how well we research weather patterns, read forecasts, and plan ahead of time, in these mountains sometimes Mother Nature has her own plan, and we are simply lucky to be there as it unfolds in unexpected ways. Hope you enjoy the view! 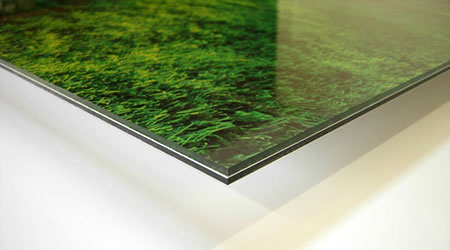